Compressed air is one of the most important energy forms used in industry today, its use is widespread and as with many things that are in plain sight, the risks of compressed air injuring people and damaging plant are often grossly underestimated.

Compressed air is not “just air”. It’s a focused stream of air driven at a high velocity, that can cause serious injury or death to its operator or persons in the immediate area, so knowing your responsibilities to mitigate these risks is essential.

Corporate duty of care
Since the Commonwealth Workplace Health and Safety Act# (WHS) commenced in January 2012, it’s essential that businesses comply with their duty of care towards WHS. Put simply, the Act requires businesses and their officers to take all reasonable, practical measures to minimise or eliminate WHS risks to workers and other people at a place of business including customers.

This includes actions such as installing safety devices such as hose restraints, whip checks, locking pins, containment sheath or implementing safe work policies, procedures and training to mitigate risks. Penalties can be onerous to both the business and individual decision makers, not to mention increased insurance and workers compensation costs.

Compressed air dangers
With so many WHS issues to consider, compressed air might not seem a high priority, but it is a serious, life threatening hazard that deserves critical attention – especially as many people don’t realise how dangerous compressed air is. Compressed air creates four main hazards, some of them deadly.

Air pressure. Air under high pressure can penetrate the skin, causing lacerations and embolisms, or damaging sensitive tissue such as the eyes or ear drums. Pressure as low as 12psi can rupture an eyeball.

Noise. Compressed air can reach or exceed 120 decibels, which is equivalent to a jet plane, causing WHS noise pollution issues.

Particles. Air at 40psi can drive particles into the eyes and face with the force of shrapnel, causing cuts and bruises to other parts of the body.

Whiplash. When a pressurised air line bursts, or a hose coupling inadvertently releases, a whiplash results in a thrashing hose becoming a dangerous projectile. If air tools are attached, or the line is a large diameter, the dangers increase dramatically. There are documented cases of severe injuries and death caused by high velocity, thrashing air hoses striking people.

Whiplash – the forgotten issue
Given that severe injuries and death may result, it is surprising that whiplash risk is often overlooked in the workplace. Whiplash occurs when:
• the pressure exceeds the hose rating, or
• a hose is suddenly severed, or
• a hose coupling inadvertently releases while the hose is still under pressure

A hose connected to the compressor or main air line is still under pressure and will violently whip until the air pressure reduces. A violently thrashing air hose becomes a projectile and is extremely dangerous and can strike people or equipment with considerable force, causing injury or death, or resulting in damage to plant and causing production downtime.

Solution
Avoiding hose whiplash can be achieved through:
• Installing a Hose Restraint – Hose Restraints eliminate whiplash.
•Preventative maintenance – Regularly check air hoses for weak spots at bent or kinked areas and at nozzle and shutoff valve attachments. If you notice these problems, replace the hose immediately!
•Hazard reduction – Minimize hose burst risk by avoiding contact between sharp or heavy objects and compressed air lines. Ensure that plant or machinery is not placed onto or driven over the air hose

Hose Restraints & Whip Checks protect people in your workplace from sudden hose burst and whiplash. Installing Hose Restraints reduces the risk of injury or death and enables your business to comply with your legal obligations under the WHS Act and other legislations and standards.

Whiplash deaths and injuries…
• A NZ road worker died from massive head injuries after an air hose burst and struck his head. Death occurred despite him wearing a hard hat
• A NSW miner died after a 250psi air hose became kinked and burst, striking the miner
• A Queensland worker died after being struck in the head after an unsecured air hose blew off its fittings 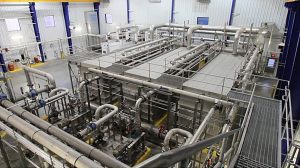 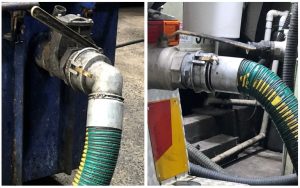 Leave your name and number and we will return your call within 2‭ ‬business hours‭.‬

Please leave your details to download our full Product Guide.